Turn your boring Friday night into one hell of a concert party by immersing into the blend of island vibes, reggae, hip hop, and rock music of Dirty Heads this 1st of July at the Red Rocks Amphitheater. As part of their "Let's Get It Kraken" tour, Dirty J and the rest of the band will be stopping at the famous Colorado venue with SOJA, Tribal Seeds, and Artikal Sound System to bring you one of the best concert events this summer. Grab your tickets now and get ready to sing along with the band's greatest hits like "My Sweet Summer," "Lay Me Down," "Stand Tall," and "Vacation." Click on the "Get Tickets" to secure yours now! 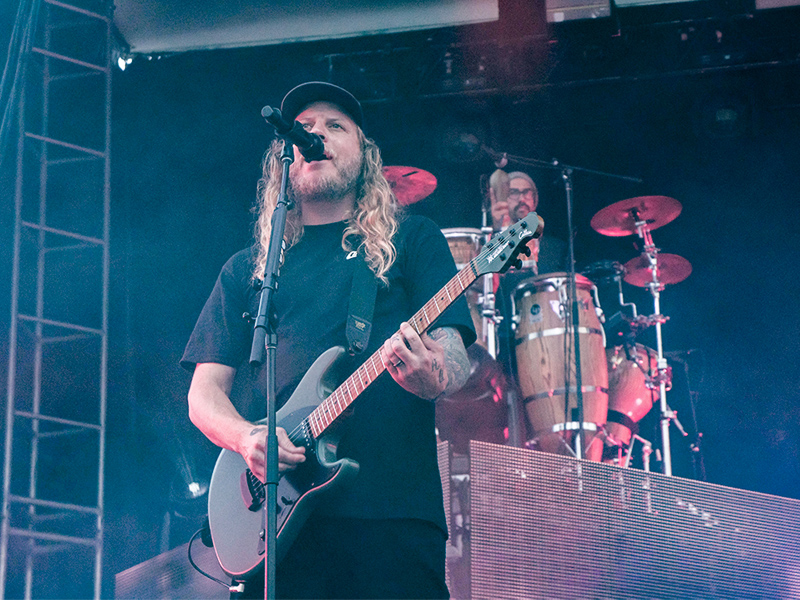 Sporting tunes that mix hip-hop, reggae, and rock, Dirty Heads gained popularity by taking inspiration from their California brothers Sublime. The band is led by Jared Watson and is most famous for their songs "Vacation," "Dance All Night," "Lay Me Down," and "My Sweet Summer."

Last year, the band celebrated its 15th anniversary by releasing a Greatest Hits Album, a 12-track record that featured their most famous songs. They also co-headlined with Sublime with Rome in one of the most successful summer concert tours of 2021.

Today the band is embarking on a 28-date headlining tour across the country. Dubbed "Let's Get It Kraken," the tour will commence on June 24 in Seattle, making stops at major cities in the country, including Morrison, Colorado, on July 1st, before wrapping on August 12 in Chicago.

In their Red Rocks Amphitheater stop this July 1, the South Florida-based reggae band Artikal Sound System will open the show. Dirty Heads will be joined on stage by two American reggae bands, SOJA and Tribal Seeds. SOJA is a Grammy-award-winning band that is famous for the songs "Rest of My Life," "She Still Loves Me," "True Love," "You and Me," and many others. On the other hand, Tribal Seeds is a San Diego-native band that was formed in 2005 and is best known for its songs "In Your Eyes," "Dark Angel," "The Garden," "Beautiful Mysterious," and "Island Girl."

Join the fun this Friday, and feel the sense of freedom found in the music of Soja, Tribal Seeds, and the one and only, Dirty Heads. See you there!