These guys are more than ready for an exclusive and exciting show! Dispatch's folky rocky numbers make a perfect jam for the Red Rocks music scene, fans will have the perfect opportunity to catch them to their thing, in a feel good summer evening setting! Come and listen to their music live below the stars as Dispatch perform at Red Rocks Amphitheater on Sunday 9th June 2019! 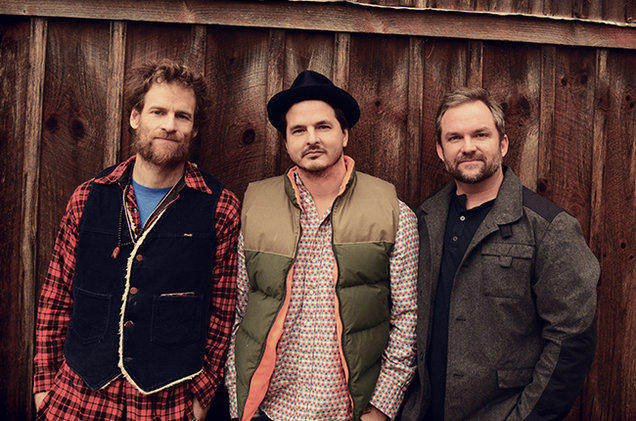 Things are hotting up as Red Rocks summer's schedule is being announced and incredible events are being listed up online! To add to the wonderful collection is Dispatch. The indie roots band bring to mind fellow conscious artists such as; Nahko and Medicine for the People and Michael Franti. They very much create a 'join in' environment when playing their songs live, with their members singing and whistling along – you will be too in no time! The band that are truly dedicated to their fans as they encourage at each one of their concerts for fans to interact with each other, giving the performance that community feel, that everybody is looking for – so come and get involved!

Dispatch are of course; Brad Corrigan (vocals, drums, guitar, percussion, and harmonica), Pete Francis Heimbold (vocals, bass, and guitar), and Chad Urmston (vocals, guitar, bass, and percussion). Together they formed the group all the way back in 1996 and since then have made their mark by touring as much as they can to spread their music far and wide.

Throughout the years Dispatch have dispersed and then joined their forces back together again, they have been through a lot but one thing is certain – their music has kept them and strengthened them as a group. After breaks in their career and both highs and lows, 2017 breathed a new fresh of life as they announced a massive tour across the US, along with this came the release of a brand new song
"Only The Wild Ones" and their album 'America' to follow! Since then they have been working hard, giving fans a treat to the ears as they showcased brand new songs almost every couple of weeks last year.

2019 is set to be an amazing year for Dispatch as they are fully back on the road and Red Rocks is the perfect place to see them to their thing! Don't miss out on this special night – tickets are available to book online above today.