There’s only one place to be if you’re a fan of the Colorado locals – Elephant Revival & Blind Pilot as their live and exciting show takes place at Red Rocks Amphitheater on Sunday 20th May 2018 – with a sensational, breath taking folk group like Elephant Revival, this venue is truly the very best spot to see them, in nature itself. As they take to the stage to showcase a range of instruments and perform songs such as; Sing To The Mountain, Remembering A Beginning, Grace of a Woman and so much more, including possible cover versions like never heard before!!

Don't wait too long to book tickets for the unstoppable, unmissable event in the Spring! 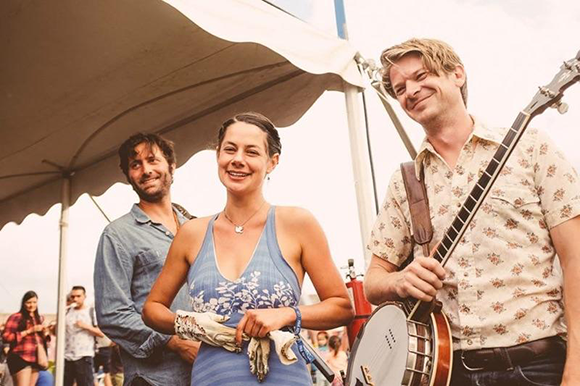 Elephant Revival are one of the best music groups around, especially in the live folk music scene – with a groundbreaking collection of beautiful songs they embark on a journey and retain the true essence of what story telling is all about. Hailing from Colorado, Elephant Revival is made up of a talented bunch thats for sure with Bonnie Paine (vocals, stomp box, washboard, djembe, musical saw), Charlie Rose (vocals, pedal steel, banjo, cello, trumpet, trombone), Dango Rose (double-bass, mandolin, banjo, vocals), Daniel Rodriguez (acoustic guitar, electric banjo/guitar, vocals) and Bridget Law (fiddle and vocals). With just 5 people in the band, together they make a huge sound as they are all multi talented and have more than you would expect to bring to light! It's almost like they could swap instruments on stage and still put it off…

A merge of relaxing and upbeat sounds, these guys are often described as "transcendental folk," as they include highlights of Scottish/Celtic fiddle tunes, original folk pieces, traditional ballads, bluegrass, and indie rock. And with all of the members having a say with the songwriting, each of their personality and style shines through to collectively create what Elephant Revival are all about! If you love Folk, Rock, Country and to be honest, just music in general, then you will at least appreciate what they do, but most likely guaranteed to be blown away!