Here's a show that will blow through the roof, put your hands together for Excision!! Grab the chance to treat yourself to a night of unbelievable entertainment like you've never seen before as Excision comes to Red Rocks Amphitheater on Saturday 20th October 2018!!! It's going to be a out of this world show! Tickets available now! 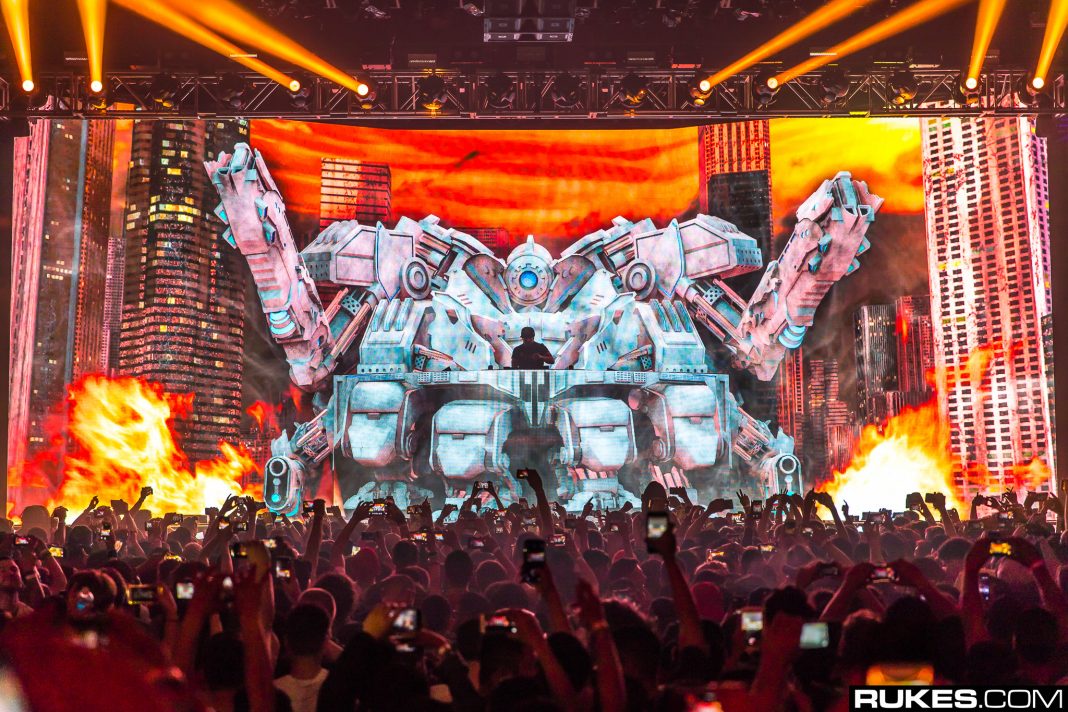 The Canadian producer and DJ Jeff Abel, AKA Excision continues to smash the stages across North America with his hardcore dubstep that fans just can't get enough of! With this futuristic performances he brings the energy and gets fans hyped up for a long standing show. The talented Excision has worked with the likes of fellow artists; Dion Timmer, Datsik, Space Laces, Protohype and more.

Since his very first debut in 2007, each and every year he has produced and released a mix titled "Shambhala" keeping fans wondering what sounds are coming next and along with the tracks, takes to the road to showcase what he does best! Seeing Excision live is a mind blowing night that immerses you and takes you on a journey… 2018 is yet another to follow in the same footsteps and Red Rocks is the best place to catch it all!

Come and join him for his Fall date – tickets are on sale right here, right NOW!!

"Excision’s entire set had a whole new sensory experience to go along with the rumbling music he was spinning. Animations were projected onto the stage, and aside from your expected lasers, explosions and pretty lights, animations included aliens, menacing machines decorated with subwoofers and morphing robots… with a custom sound system that’s over 100,000 watts of power, it makes those strong-sounding songs even more intense."