The boys are back in town! That's right, EDM sibling twosome Hippie Sabotage are taking over the decks ar Red Rocks Amphitheater on Thursday 7th May 2020 for a night of soul-transcending dance music that will take you to the next level! The show is part of their Direction of Dreams Tour and features a tasty support line-up in the form of ilo ilo, Sebastian Paul and Two Feet! So many psychedelic soundscapes and big drops to look forward to! 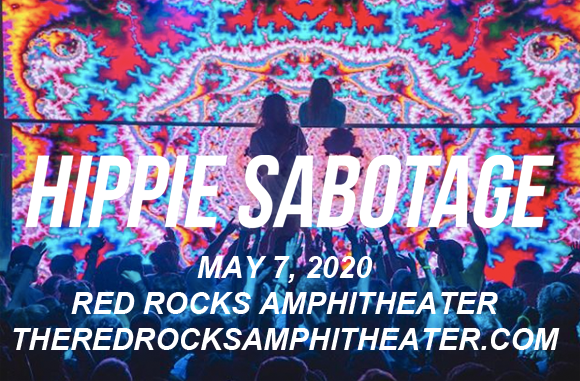 Sacremento-based independent EDM duo Hippie Sabotage are best-known for their Tove Lo's "Habits (Stay High)". Brothers Kevin and Jeff Saurer have been making music together since the age of 12, and first started recording in 2005. At first, their focus was making hip-hop beats for artists on the local scene, such as Yukmouth, and after a while they branched out into making beats for Chicago artists like Alex Wiley and C Plus. Subsequently, their music took a more electronic direction, and they built up a following, eventually headlining music festivals including: Lollapalooza, Bonnaroo Music Festival and Electric Zoo. Their most recent release is the 2016 EP Devil Eyes.