This year, things are heating up at the Jackson Browne! On this special occasion, the legendary artist that is Jackson Browne will grace the stage, live on Tuesday 17th July 2018! Make memories that you will cherish forever – book your tickets today to see Jackson Browne – in live performance! 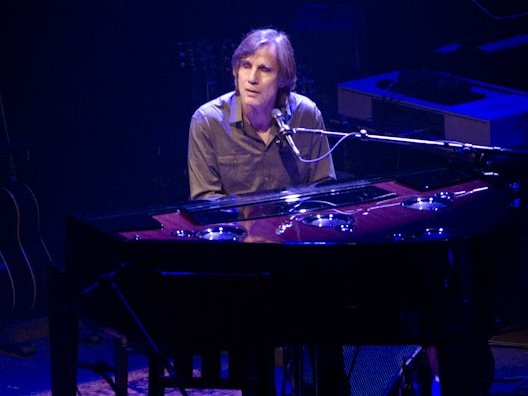 "A joyous performance that highlighted the enduring quality of Browne’s back catalogue – the songs are as ageless as the man himself – more than sealed the deal, the music not only ‘keeping spirits high’ but emphatically showing the legendary singer-songwriter is far from Running On Empty."

Clyde aka Jackson Browne, is a long standing name in music history, with his debut in the 1970's, he has been the writer behind some of the biggest songs of all time. Such as "These Days", "The Pretender", "Running on Empty", "Lawyers in Love", "Doctor My Eyes", "Take It Easy", "For a Rocker", and "Somebody's Baby". With a wide spanning career that has transformed from the underground Germany music scene to a worldwide status, Jackson Browne was rightly so inducted into the Rock and Roll Hall of Fame in Ohio in 2004.

With a colorful tapestry of plenty of memories throughout the last few decades, Jackson Browne's music is a long standing one that will continue to stay in the hearts of so many. Come and join in this summer where he will be performing some of his greatest works for his beloved fans on a night to remember! What better place to be there then at Red Rocks Amphitheatre, watching the sun go down and feeling the warm breeze in the air… taking you right back to the feel good seventies!