As Thursday 29th August 2019 is quickly approaching, tickets are selling fast for Joe Russo's Almost Dead. Joe Russo's Almost Dead is coming live to Red Rocks Amphitheater – donʼt wait too long to tell your friends and grab tickets ready for the big night! Click the Buy Tickets button above now to get your tickets today. 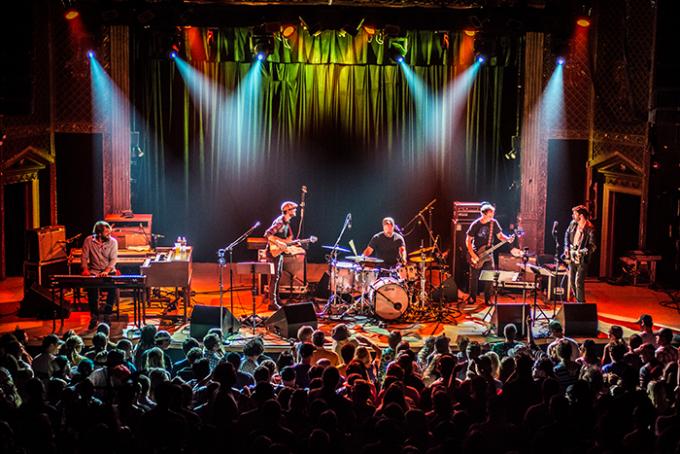 "Bring an extra face, because the first one is gonna melt off. They played nonstop from the first note of the first set to the last note, then did the same thing again in the second set (with Mayer joining them), and again in the 2 song encore. These guys are "rage mode" Dead. Go see them."

Joe Russo’s Almost Dead are a rarity on the music scene as one of the best Grateful Dead cover bands out there – and that’s saying something! Previously of Further, a band which had included Dark Star Orchestra (possibly the other greatest Grateful Dead Cover band in existence) guitarist John Kadlecik, Joe Russo decided to take the Grateful Dead covers forward into his next project.

These guys sure know how to keep their legacy alive with their unique improvisational take on the Grateful Dead’s material, with a natural onstage chemistry that just draws an audience in, Joe Russo’s Almost Dead is less of a straight-up cover band and more of an all new Grateful Dead experience. If you have the chance given to you to see them LIVE, then you honestly can't afford to miss it!