Killer Queen are coming to Red Rocks Amphitheater LIVE on Thursday 20th July 2017!
If you're a fan of the legendary Queen, but who isn't! This is the show for you as this is the closest thing to the real deal… come and catch all of your favorite songs in concert, some of their many anthems include; 'Bohemian Rhapsody' 'We Will Rock You' 'Don't Stop Me Now' 'Under Pressure' 'I Want To Break Free' and so many more! Tickets are NOW on sale for this special show – don't miss out!! 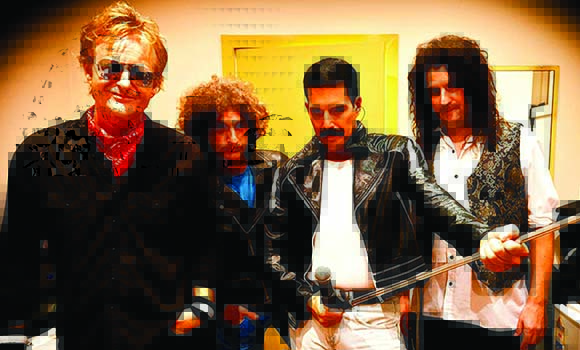 The best European Queen tribute act, Killer Queen are hitting up stages all across North America this coming summer! After forming back in 1993, they have proved themselves to be one of the most talented live artists on the scene. Their kick started their career with a live performance at London University, 21 years after the real Queen!

"The attention to detail is what I believe gives Killer Queen the edge over their peers in the tribute scene. Although Brian's wig was something else, the musical aspect of the show was spot on. Meanwhile their Freddie looked amazing, covering every bit of the stage, just like his idol would have. The band had everyone up and singing, we even got to do the Radio Ga-Ga hand clap."