Christian worship singer and songwriter Lauren Daigle is back, calling every believer to exalt their praises high as she performs back-to-back nights of worship at Red Rocks. Following the success of her latest praise single "Hold On To Me" marking her sixth #1 on Christian charts, Daigle is set to return to Red Rocks Amphitheater, 3 years since her last show at the venue. Join Lauren as she leads the crowd into a night of intimate praise and worship at Red Rocks on September 20, 2022, featuring special guest Crowder. Get ready to exalt your praises high to Lauren Daigle's captivating Christian pop hymns live at Red Rocks by booking those tickets now! 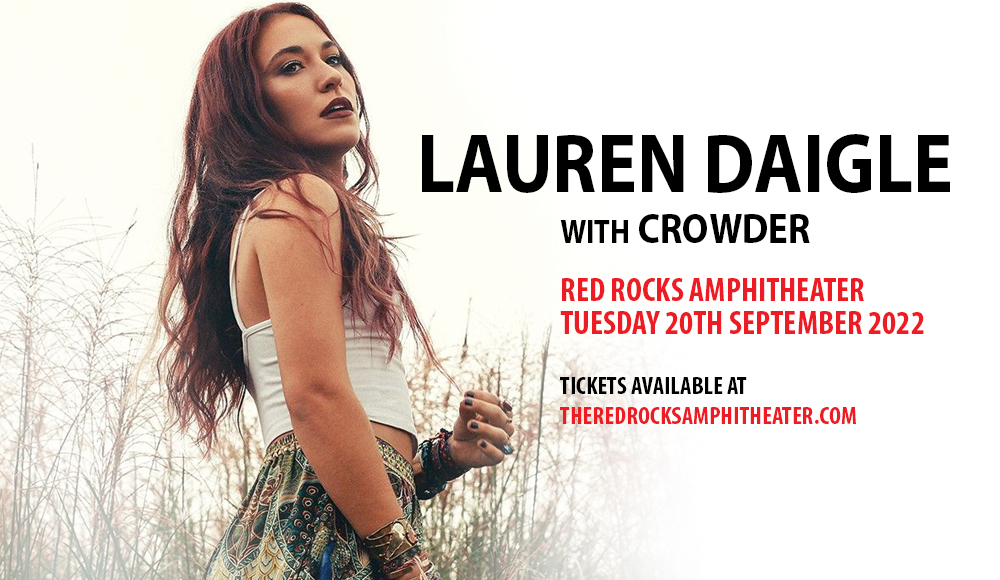 Hailing from Louisiana, Lauren Daigle's mom called their house "the music box" as little Lauren would always sing. She fell sick with cytomegalovirus at 15 which made her miss school for two years. During those years, she took voice lessons, then considered music seriously. She took her first shots at the scene by auditioning for American Idol in 2010 and 2012, though didn't make it far into the competition. Yet it all changed when she started using her voice with a mission of exalting praise for the one.

She made her Christian music debut singing "Close" and "You Alone" for North Point Inside Out's album "Hear". Singing alongside other Christian artists, Daigle started to mark her footprint in the praise and worship scene.

She released "Look Up Child", her second studio record, in 2018. It features her RIAA 4x Platinum single "You Say", topping Christian charts. It beat Carrie Underwood's "Something in the Water" for the longest stay at the top of the Hot Christian Songs chart. The album debuted at #3 on the Billboard 200, the highest-charting Christian album to do so since Needtobreathe's entry at #2 in 2016. The album received a Grammy for Best Contemporary Christian Music Album in 2019.

"Honestly, as an artist, I think every day that you wake up and hear that your songs have had an impact on someone, or your songs have changed someone’s life for the better, there’s genuinely nothing that can top that,” Lauren Daigle shared in a press release.

With her worship night comeback at Red Rocks, Lauren Daigle is set to gather believers in one mission – making Him known through music. Book your tickets now!