One of the most iconic concert venues in the U.S, Red Rocks Amphitheatre, is set to host Marc Rebillet’s headlining show on Sunday 30th October, 2022. Rebillet recently secured a spot on this year’s Bonnaroo festival lineup, and the loop station maestro is returning for another fantastic event. This will be his first appearance at Colorado’s most famous concert venue as fans look forward to experiencing some incredible improvisational live music. The artist is ready to set the tone for Halloween with a performance at Red Rocks a day before! Rebillet has grown immensely in terms of popularity for the past two years, and his fans are highly anticipating the upcoming concert. If you want to be a part of it, get your tickets right now before they are gone! 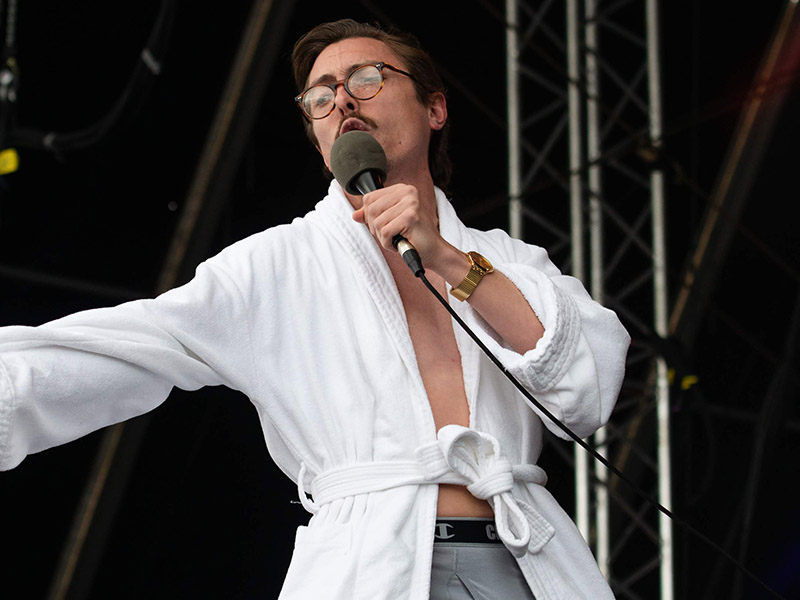 Marc Rebillet, also known as Loop Daddy, is an electronic musician who began his career on Youtube. The artist used Youtube videos and Twitch streams for his performances, but eventually, he began producing music professionally. He has released three studio albums and two extended play records. Rebillet became known for improvising songs in his bedroom apartment and usually dancing in boxer briefs. He built quite a fan base with his online following, and soon, people started making live requests. His streams could last anything from an hour to five hours, and people were glued to their screens for unlimited entertainment.
Rebillet continued to showcase his talents, and as a result, the artist has 11.8 million streams, 1.74 million YouTube subscribers and over 127 million views. When his shows to Australia and New Zealand were cancelled, he began live stream shows that attracted 1.57 million viewers and raised $34,000 for COVID-related donations. His first ever show was in Dallas, Texas, back in 2017, and it was the real game-changer for him. Since then, his fans have always longed for his live performances, and the artist will indeed be rocking the Red Rocks on 30th October, a night before Halloween! If you want to watch Marc Rebillet performing his improvisational music live, get your tickets right now before they are sold out!