The multi-Grammy Award-nominated Christian rockers, MercyMe is back for a headlining show at the iconic Red Rocks Amphitheater on Monday, 17th of October 2022. A month after wrapping up their Inhale (Exhale)) tour, the band just dropped their newest song "Then Christ Came", a song that was 2 years in the making. With a mission of exalting Jesus' name in every track, MercyMe is set to continue its ministry of sharing music and leading hearts to Jesus through praise and worship. Set to rock it out at Red Rocks, don't miss out on this chance to join fellow believers in a night of praise and worship led by MercyMe at Red Rocks. Book those tickets now! 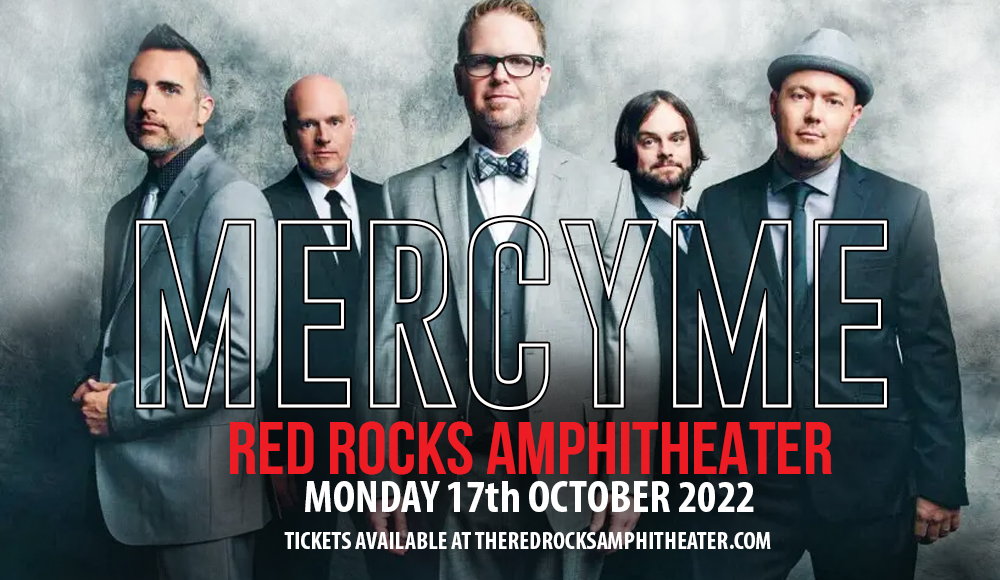 Fresh off the shelves, "Then Christ Came" is MercyMe's newest song to hit the Christian airwaves. Two years in the making, the track wasn't finished in time for their tenth record "Inhale (Exhale)". Nonetheless, it's one of the band's most special tracks that bring listeners close to Jesus.

"We are just so excited with how it turned out," shared frontman Bart Millard. "Sometimes we over-complicate things trying to come up with new, creative ways to sing about Jesus. But the message of this song is simple in that it’s about who I was before, and then Jesus showed up, and now everything has changed. We love how it turned out and hope you like it, too!"

Since their commitment to making music for the mission of exalting His name in 1994 during its formation, MercyMe has dropped ten studio albums, with over forty-eight No. 1 radio singles. Since then, MercyMe has received several accolades recognizing their work and talent in the ministry.

MercyMe's biggest and notable Christian hits include "I Can Only Imagine", "God with Us", "Greater", "Flawless", "Grace Got You" featuring John Reuben, "Even If", and "Say I Won't".

After the release of their tenth studio album Inhale (Exhale) last April of 2021, the band went on tour in fall of the same year.

"Being able to travel around the country and around the world, having songs that have gone beyond the bounds of the Christian music industry – every time something like that happens, it makes us step back for a second and have these moments of gratefulness and we just think it's amazing that we're still doing this," said Nathan Cochran.

MercyMe is set to perform their new songs, biggest hits, and worship favorites live on stage on a special night at The Red Rocks on October 17th. The altar awaits for its believers to gather and exalt His name up high, led by the one and only MercyMe. Book your tickets now!

"For where two or three are gathered together in my name, there am I in the midst of them." Matthew 18:20