Exciting announcement! The incredible Red Rocks favorites are HERE! Ready, full powered for your entertainment – Modest Mouse will be hitting the Red Rocks Amphitheater on Sunday 13th May 2018! If you're a fan of these guys and lets face it, who's not! Whatever you do, don't miss it – tickets are bound to sell fast so get yours while you can! 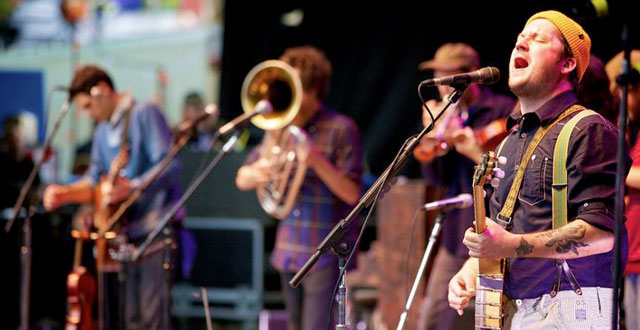 The American rockers, Modest Mouse are one of the most popular acts to catch live as they bring all of the energy, straight off the back off their on record releases. Their perfected sound is full of the tongue and cheek feel with their unique combination of genre that brings to mind the likes of; The Pixies, Talking Heads, Pavement and more. Starting off like most do on their local scene, Modest Mouse began performing around Portland, Oregon and rehearsing up ready to take the world by storm.

Since the band's 1996 debut album, This Is a Long Drive for Someone with Nothing to Think About, Brock and Green have been the two key members and the group around them. In 2006, it was time for a slight line up chance with the swap on Guitar with Johnny Marr (formerly of the Smiths) and later an added member with the percussionist Joe Plummer (formerly of the Black Heart Procession) and multi-instrumentalist Tom Peloso.

"There is absolutely no taking away his ability to absolutely shred on guitar. During classic “Doin’ The Cockroach,” Brock began screaming lyrics into his guitar as he was playing. It’s always great to watch. What came next, however, I had never seen. Brock began a scratchy guitar solo, lasting nearly five minutes, the majority of which was played with his teeth. Yes, you read that right. Isaac Brock played his guitar with his teeth for nearly five minutes, and it was nothing short of amazing."