Indie rockers, your time has come! Mt. Joy are headlining their very own show at Red Rocks! That’s right folks, Mt. Joy at Red Rocks Amphitheater on Saturday, May 22nd 2021. Joining them will be one of their favorite bands, Del Water Gap! So grab your tickets to this great indie band, they are energetic and your bound to here some brand-new stuff from them, as well as some awesome improvised covers that they always seem to pull off impeccably well. This concert is part of Red Rocks summer of music and will be a limited capacity event, so you are in for a treat, to see this band in such an intimate setting. 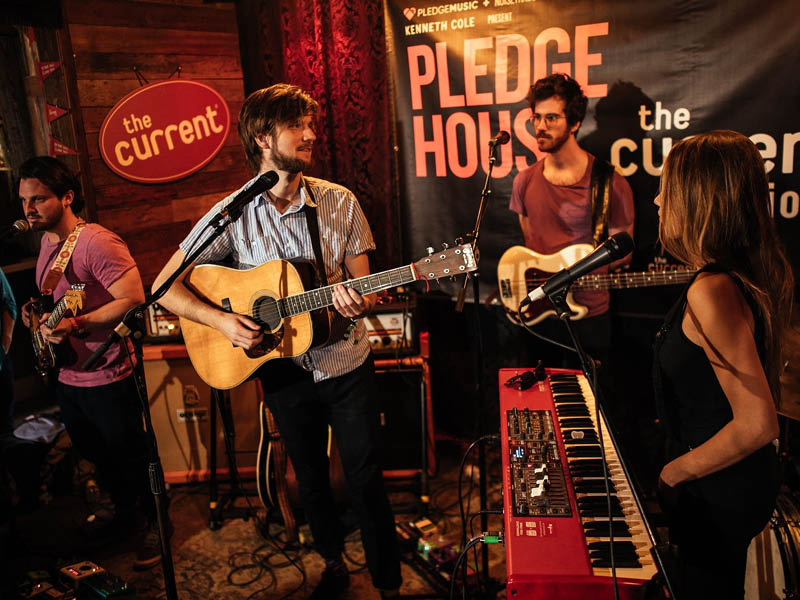 The five person, indie rock band from Los Angeles, play an amalgamation of Alternative rock, Indie rock, Folk rock and Blues rock. They are, singer Matt Quinn on guitar, Sam Cooper on guitar, Sotiris Eliopoulos on drums, Jackie Miclau on keyboards, and Michael Byrnes on bass guitar. Their debut album, Mt Joy, in 2018, peaked the number one spot on the Alternative rock chart, their second studio album, Rearrange Us, came out in June 2020 also hitting the number one spot on the Alternative chart. But in the land of streaming it’s the single that’s king, and their streaming success with their second song, Sheep, led them to the success they are now enjoying, playing Bonnaroo, Newport Folk Festival, and Lollapalooza, as well as opening for bands such as The Head and the Heart, The Shins, Whitney, The Revivalists, their own headline tour in March 2019 and an ill-fated tour with The Lumineers that was cut short in March 2020. Amidst the health concerns relating to COVID-19, Mt. Joy hosted an Instagram Live stream consisting of a variety of artists and speakers. Resulting in over $30,000, all proceeds of the live stream were donated to Music Cares and Philabundance.