Psychedelic Kentucky rockers My Morning Jacket are returning to Red Rocks Amphitheater after their triumphant sold-out show in August 2015, where their phenomenal video for single Compound Fracture was filmed! The Grammy-award nominated band will be performing two shows at Red Rocks over Memorial Day weekend! Make sure you head down on Saturday 28th May 2016 for a night of experimental, achingly cool music!

"Hello Friends, it's only been a couple weeks, but we miss your beautiful faces already! So, it's with tremendous excitement that we're announcing TWO NIGHTS at Red Rocks, Memorial Day Weekend, May 28th and 29th! We couldn't be more delighted to share a couple nights with y’all at one of our favorite venues. Come join us and we can all get wrapped up together in the magical spirit and energy of Red Rocks… it’s like a burrito of love! " 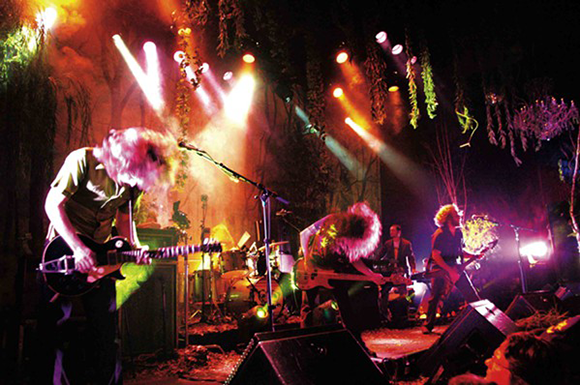