You've been cooped up for too long, It’s time to come out amongst the stars, get some real earth under your feet and celebrate this crazy life and all the ups and downs it brings, Join Papadosio at Red Rocks Amphitheater on Wednesday, June 2nd 2021. The highly energetic, livetronica, Jam band Papadosio will be at Red Rocks with Dirtwire + Bluetech for one, all out party, don’t let this opportunity pass you up, take life by the… er… grab it by the… ah never mind, just come out already, it will be awesome! Buy your tickets to freedom now! 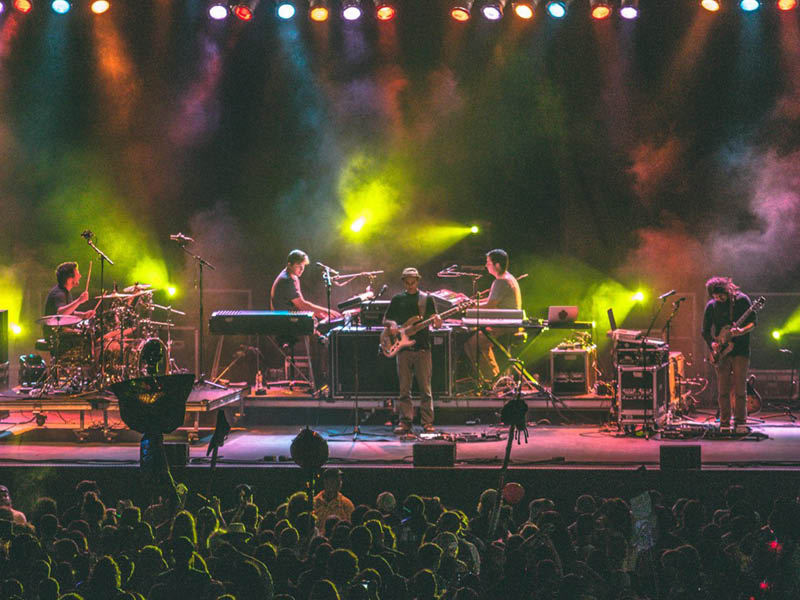 Papadosio is a five member jam band from Athens, Ohio, now nestled up in the Blue Ridge Mountains of Asheville, NC. The band members are: Anthony Thogmartin on guitar, keys, vocals; Billy Brouse on keys and vocals; Mike Healy on drums; and Rob McConnell on bass, vocals and a recent new addition of Sam Brouse on keys and vocals as well. While they are most often classified as a jam band, their music spans many genres, and it all has an original edge. Papadosio is a one of a kind, earthy, livetronica act. They are very much in favor of the evolution of humanity, in terms of love for one another and this earth, and this all shines through in their music. They have some funky bass lines and awesome audio engineering my thogmartin and brouse. In combination, their sound definitely gets people moving and stirs some souls. In addition to headlining shows in every region of the country, their high-energy, technologically perplexing, and utterly engaging stage show has made the five-piece a staple on the festival circuit, with scene-stealing sets at Summer Camp, Sweetwater 420 Festival, Electric Forest, Camp Bisco, Peach Festival and many more they are an inspirational confluence of music, art, nature & Technology.