The number of exciting concerts to grace the Red Rocks Amphitheater is a little overwhelming, and with the addition of Parker McCollum's show this August 10, we might be squeezing in yet another exciting concert event on our list. Yes, you've read that right. The Austin-based country singer/songwriter will be back at the iconic Morrison Colorado venue for a summer concert with the American country group Randy Rogers Band. You don't want to miss this show and the chance to witness Parker McCollum bust his moves while slinging his guitar. Jam along to his signature hits, including "To Be Loved By You," "Pretty Heart," "Young Man's Blues," "Hell of a year," and many others. So plan your summer getaways ahead, and remember to include this exciting Thursday night on your list. Grab your tickets and save the date! 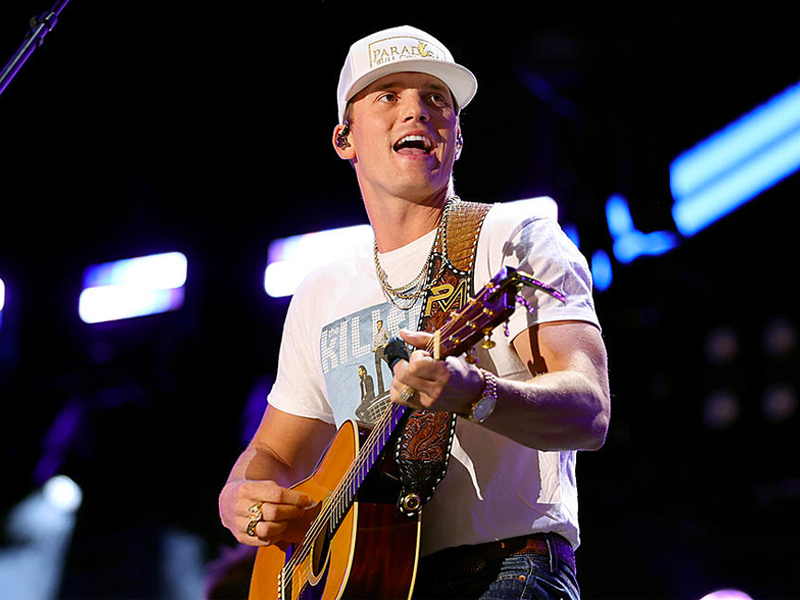 Parker McCollum, the Austin-based singer-songwriter, is undoubtedly one of the fastest-rising country music stars today. Thanks to his songs that draw inspiration from various genres, including country, Americana, and indie rock. McCollum is on the fast track to fame, with Rolling Stone calling him "a no-holds-barred singer-songwriter who excels at relatable tales." American Songwriter says, "The Texas native teeters on the edge of next-level superstardom." Well, no one could argue about this fact. His successful 2022 tour is a testament to his greatness and ability to fill stadiums and arenas.

McCollum started his journey in the Americana and country music scene in the mid-2010s. He released his debut album, "The Limestone Kid," in 2015. The success of this album opened the doors for the then-23-year-old singer. After the album's release, McCollum became a rising star in the country music industry. The Austin Chronicle even went so far as to declare that his music would carry on the great legacy of Texas music. His second album, 2017's "Probably Wrong," was his first to rank on the Billboard 200. After the success of his single "Pretty Hearts" and his 2020 extended play (EP), "Hollywood Gold," he saw a meteoric rise in his fan base. His most recent record, "Gold Chain Cowboy," was well received. Country Swag notes that while Gold Chain Cowboy is sonically more polished than his prior two albums, the album's core remains the same. With a significant number of awards and recognitions under his belt, Parker McCollum's career has reached unprecedented heights.

You can catch a live performance of McCollum this August 10 at the Red Rocks Amphitheatre. He will be joined by his special guest, the Texas-based country music group Randy Rogers Band. The band is known for their hits, "I Miss You With Me," "Tonight's Not the Night (for Goodbye)," and "Kiss Me in the Dark," among many others. The band will ignite the Red Rocks Amphitheater crowd before Parker McCollum takes center stage. Catch these two incredible acts this summer, and be sure to reserve your tickets early. Hit the "Get Tickets" link for a safe and fast transaction.