Calling all punk rockers! Rise Against are bringing their Mourning in Amerika Tour to Red Rocks Amphitheater on Saturday 15th September 2018 and it's gonna get political! Not only will the hardcore heroes be performing a full healining set, but they'll be bringing the incredible line-up of AFI and Anti-Flag to join in the ruckus! Bring on the anarchy! 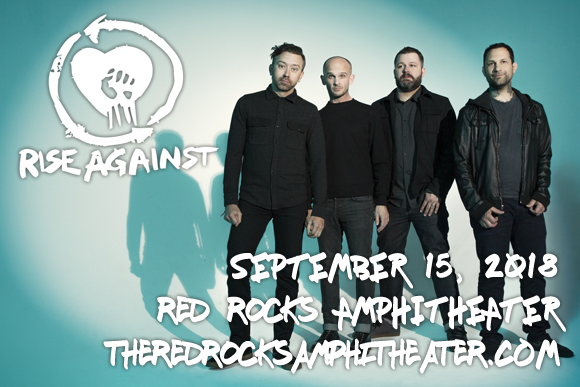 Formed in Chicago, Illinois in 1999, American melodic hardcore band Rise Against signed to legendary independent punk label Fat Wreck Chords in 2000, becoming cult sensations with the release of their first two albums: The Unraveling (2001) and Revolutions per Minute (2003). The band signed to Geffen records in 2003 and their major-label debut, Siren Song of the Counter Culture, was released in 2004, becoming their first album to chart on the Billboard 200 and launching several successful singles, helping the band achieve mainstream recognition. To date, the band has released eight studio albums and their latest release, 2017's Wolves, became their fifth straight top ten record, debuting at number nine on the Billboard 200 albums chart.