It’s Heaven Trap, played LOUD! It’s time to raise from the dead and dance! SLANDER are back at Red Rocks Amphitheater on Tuesday, July 27th 2021. Their favorite all-time venue to play at, you know it’s going to be huge! Grab some tickets now for a night of some seriously crazy energy, dance to the music, feel the lights wash over you as you gaze up into the stars… Trap, Heaven Trap, pure Energy! If you love singing, headbanging and a party then you need to see SLANDER live, and you need to bring your friends, you can't do this alone! 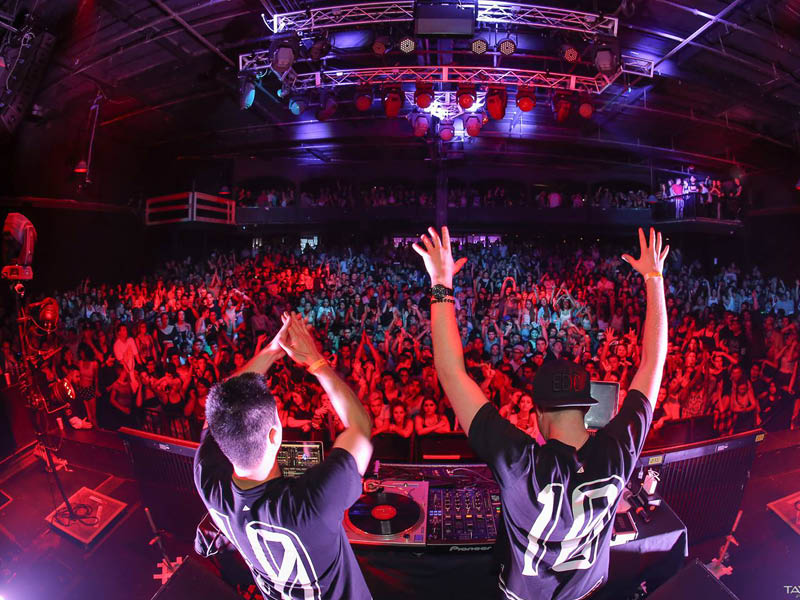 SLANDER is an American DJ duo consisting of Derek Andersen and Scott Land from Los Angeles, they are credited with the creation of the sub-genre, Heaven Trap. I guess it comes from living in the city of Angels?! They are most often spotted hanging with Nghtmre as the three all went to college together and frequently collaborate together. Through their meticulous blend of emotional lyricism and bone shaking drops, Derek Andersen and Scott Land have built a passionate family of fans along their evolution to the status of festival mainstays. They have performed at EDC (Las Vegas, Orlando and Mexico), Nocturnal Wonderland, Electric Zoo, Sun City Music Festival, Ultra Music Festival, and have just announced their very own festival, Starbase Music Festival, which is set to take place in October 2021 in Charleston, South Carolina.
Amongst dozens of chart-topping remixes, their original Heaven Trap hit “Love Again” featuring vocalist WAVZ has been listened to over 10 million times and the song that launched them, the remix of Showtek's song "We Like to Party" had surpassed 12 million plays on YouTube. As well as their frequent collaborations with Nghtmare, they have also worked with Diplo, Yookie and Jinzo, Snails, Adam K, Matthew Steeper and Haliene, Basstrick, Kayzo, Riot and many, many more.