Vomitsquad, if you missed out on Slugtopia in 2017 don’t despair – Frédérik Durand first headlining performance at the Red Rocks proved such a hit that he’s back in 2018 with Slugtopia 2! With special support acts still to be announced, get ready to welcome SNAILS to the Red Rocks Amphitheater on Friday 5th October 2018! In the wake of last year’s massively hyped show, tickets are going to sell even faster – get yours NOW to be sure of your place!! 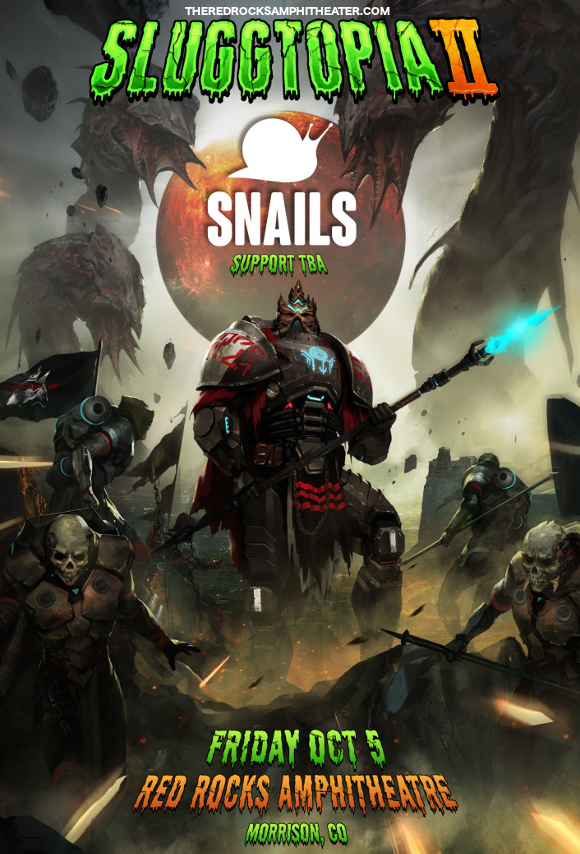 Since he released his first track in 2012, Frédérik Durand has been gaining a name for himself as one of the freshest and most exciting EDM and trap artists around, even cultivating his own genre “vomitstep.”

With last years event being full of surprises – including an injection of funk from Big Gigantic’s saxophonicst into a night otherwise full of dirty drops and filthy vomitstep from start to finish! He’s hinted that his album “The Shell,” will be done in 2018, so fans can expect new and old material alike, and maybe some more surprises as well!