If the realm of jazz fusion had a gate with a lock and key, the gate keepers and key bearers would be none other than Steely Dan and Steve Winwood. These guys are ‘the authorities’ who live, breathe, and keep the jazz scene alive and kicking. They’re the musician’s musician, so to speak. So with the announcement of their backto-back tour Dubbed “The Dan Who Knew Too Much Tour,” dubbed as “The Dan Who Knew Too Much Tour,” expect to encounter not only a mob of fans, but a pack of
musicians as well who would not miss this golden opportunity for the world. Don’t leave another minute behind; it’s time —get your tickets now! 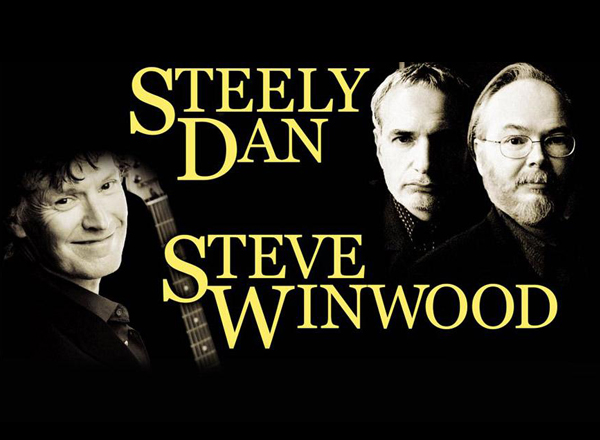 For over 5 decades, Steely Dan and Steve Winwood have both carved their names as unwavering icons, not only to their loyal fans, but also to generations of musicians who have been influenced by their impressive and growing body of work. This joint tour de force that brings both of these high-calibre artists is one for the books — an must-see event for every jazz music lover.

When everyone was either disco dancing or hard rockin’ it in the 70s, Steely Dan blending an eclectic concoction of jazz funk, R&B, and pop. Rolling Stones called them ”the perfect musical antiheroes for the Seventies". Founded by core members Walter Becker and Donald Fagen in 1972, Steely Dan are marked by their massive hits and critically acclaimed songs like My Old School," "Show Biz Kids," "Rikki Don't Lose That Number," and "East St. Louis Toodle-Oo, "Do It Again," "Pretzel Logic," "Peg," "Deacon Blues," "FM (No Static At All)," "Hey Nineteen," "Cousin Dupree," and "Bad Sneakers." Throughout their career, they released studio, compilation, and live albums that amassed over 40 million sales worldwide. They were inducted into the Rock and Roll Hall of Fame in March 2001.

Before going solo in 1977, Steve Winwood was associated with groups like The Spencer Davis Group, Traffic, Blind Faith and Go. His music was primarily rock, but geared towards infusing elements of blue-eyed soul,rhythm and blues, blues rock, pop, rock, and jazz. His catalog is abundant with wildly infectious hit that continue to resonate to this day — "While You See a Chance", "Valerie", "Back in the High Life Again" and two US Billboard Hot 100 number ones: "Higher Love" and "Roll with It". His career is decorated with awards and accolades. He is a recipient of the BMI Icon award at the annual BMI London Awards for his "enduring influence on generations of music makers." He was inducted into the Rock and Roll Hall of Fame as a member of Traffic in 2004. He has two Grammys, nominated twice for the Brit Award for Best British Male Artist.