The trippiest Jam band anywhere, but not just anywhere, right here, at home in the Red Rocks! String Cheese Incident comes to Red Rocks Amphitheater on Saturday, July 17th 2021. The second night of String Cheese Incident’s homecoming gig is going to absolutely rock your socks off, come on down Colorado, you can’t miss out on the funkiest, hippiest jam band this side of, well anywhere! Ok, well maybe the trippiest this side of rehab! But these guys are real, not the figment of some awful maui-wowie, there’s simply not another band like them. Grab your tickets right here! 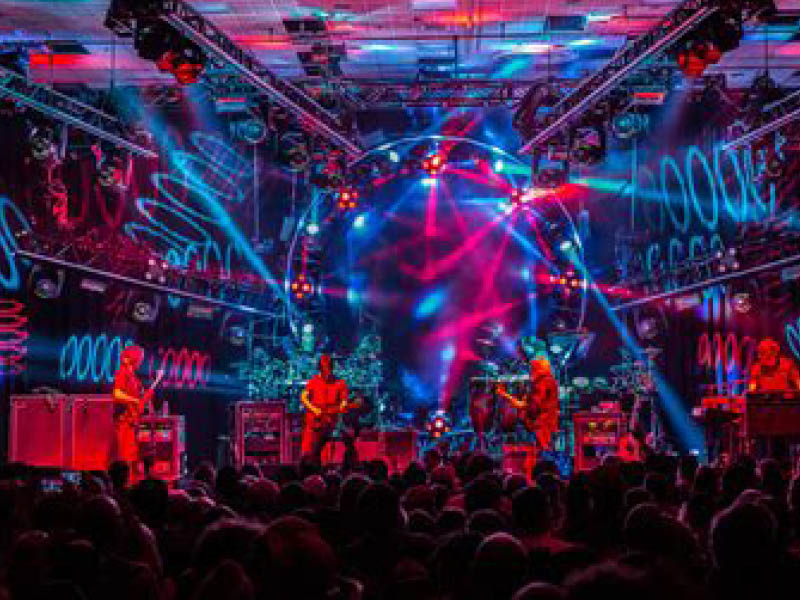 The psychedelia, Acid punk band The String Cheese Incident are coming home to Colorado, formed in 1993,they are composed of multi-instrumentalist Michael Kang on both the acoustic and electric mandolin, the electric guitar, and the violin, drummer Michael Travis, multi-instrumentalist Bill Nershi on the acoustic guitar, the lap steel guitar, and electric slide guitar, Kyle Hollingsworth plonking the piano, organ, Rhodes, and squeezing the accordion, Keith Moseley with the deep bass guitar, and Jason Hann the auxiliary percussionist. Blending elements of bluegrass sounds, as well as rock, with some electronica, a dash of calypso, some generous helpings of country, funk, and jazz, with a little pinch of Latin, some progressive rock, a lot of reggae, and maybe a tab or two of psychedelia gives you the fantastic sounds of String Cheese Incident. SCI have headlined festivals such as Bonnaroo, Austin City Limits and the Wakarusa Music and Camping Festival, and many others, including an awesome headline show with Skrillex at the Electric Forest festival. They have ten albums out between 97 and 2017, but the true magic lies with the, On The Road, series where they have released almost every song from every live show they ever played, baring technical difficulties or contractual guest artist complications.