Celebrating their 25th anniversary at their "all-time favorite venue", String Cheese Incident comes to Red Rocks Amphitheater on Saturday 20th July 2019!!! This will be the second in a three-night-run for the bluegrass jam-band, who will not only be gracing Red Rocks with one of their renowned sets and terrific light shows, but they'll also treat fans to a collaborative set with "longtime pal" Keller Williams, celebrating the 20th anniversary of Keller’s album Breathe by playing it together with him in its entirety! 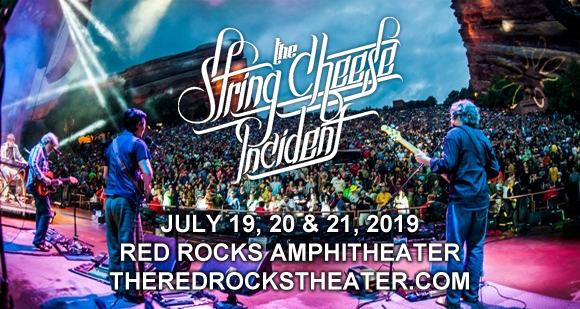