It's the second night of the exciting dance influenced psychedelic jam band STS9 (Sound Tribe Sector 9) STS9 as they come to Red Rocks Amphitheater on Saturday 10th September 2016! STS9 have a busy year ahead filled with festivals earlier in the year and stadium shows, but nothing quite beats the stunning set up at Colorado's Red Rocks – get ready for the breathtaking light displays and mindblowing waves of music… 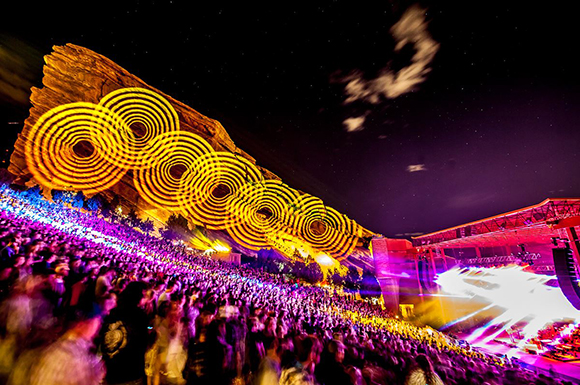 "STS9 draws you in with their group approach to dance music. Each member shines in their own way, but it is never a flashy solo that steals the show. It is the relentless groove, the electronic edge (multiple members cue in samples) and collaborative melodies (David Phipps’ synth and Hunter Brown’s guitar parts often align) that keep you interested."