It's time to get your blues on! It’s the Tedeschi Trucks: Fireside Live Tour at Red Rocks Amphitheater on Saturday, July 31st 2021. After 15 months, they’re returning to the stage again with something special… Introducing Tedeschi Trucks Fireside Live, a unique tour in the style of The Fireside Sessions, featuring a line-up of four to eight band members. So, blues rockers grab your tickets right here! Tedeschi Trucks, are that ambitious gypsy caravan, hitting the road with a sound that defies conventional genre boundaries and traditional labels. 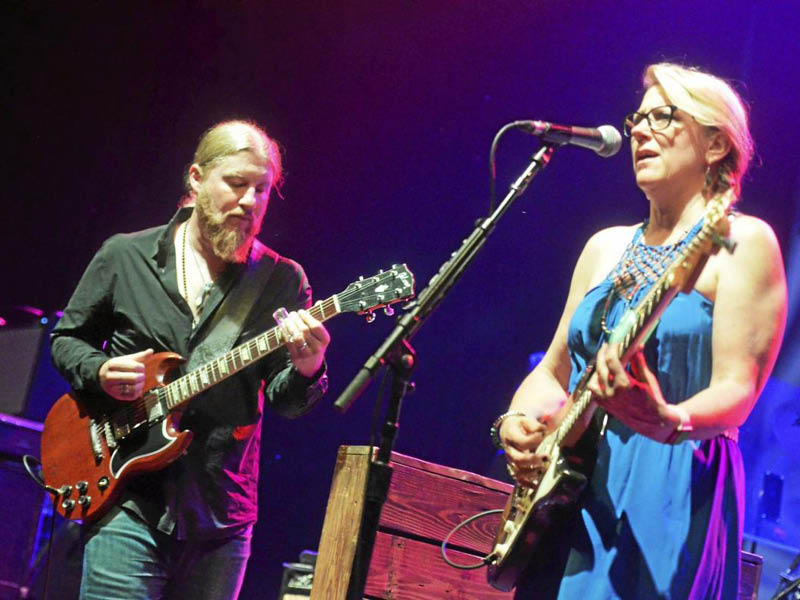 The Tedeschi Trucks Band is an American blues rock group based in Jacksonville, Florida. Formed in 2010, the band is led by married couple Susan Tedeschi and Derek Trucks. The rest of the band are Tyler Greenwell on Drums, Mike Mattison the singer, Mark Rivers the other singer, Alecia Chakour the other, other singer, Kebbi Williams on the smooth Saxophone, Elizabeth Lea tooting the Trombone, Ephraim Owens tooting the Trumpet, Brandon Boone with the deep Bass Guitar and Gabe Dixon on Keyboards and Vocals. Their debut album, Revelator, won the 2012 Grammy Award for Best Blues Album.