The Movement & The Expendables Tickets

The Movement and The Expendables play Red Rocks Amphitheater on Friday, May 14th 2021. With DENM and very special guests Howi Spangler and Brandon Hadesty. Ok Colorado, this one is going to be a mouthful… Are you ready for some Alternative Rock Reggae?! Two great surf-rock bands back to back, this night is so going to rock the Red Rocks, grab your tickets right now to be in for an incredible performance. This is part of Red Rocks re-opening Summer of music and is a capacity limited show of only 2500 tickets, reserve your place right now! 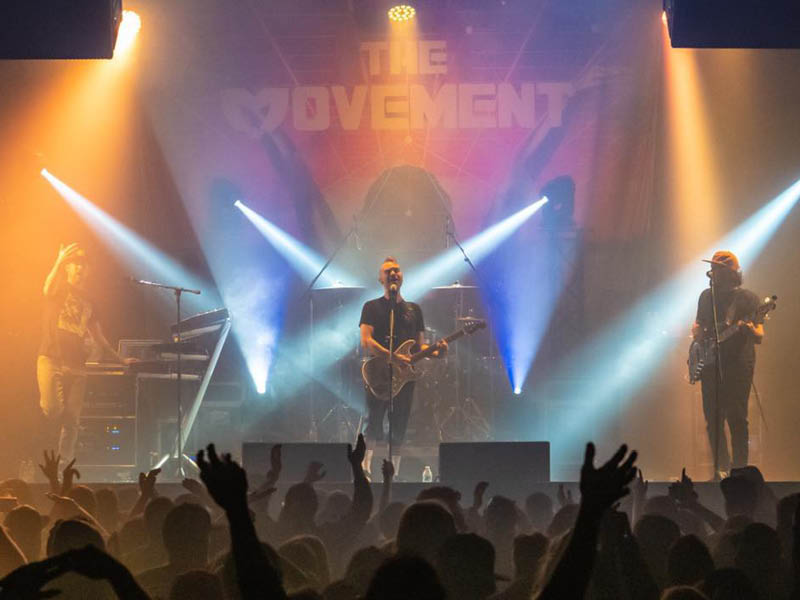 The Movement, composed of lead vocalist and guitarist Joshua Swain, bassist Jason Schmidt, drummer Gary Jackson and keyboardist/multi-instrumentalist Matt Goodwin. The band was formed in Columbia, South Carolina, in 2004, and has since relocated to Philadelphia. Building on a foundation of heavy drums and bass, their music ranges from alternative reggae to rock to hip-hop. Drawing inspiration from Sublime, 311, Slightly Stoopid and John Brown’s Body, they’ve come to be known as musical shapeshifters with a foundation of heavy drum and bass. The Movement has released six studio albums, including On Your Feet, Set Sail, Side by Side, Beneath the Palms, Golden, and Ways of the World. Ways of the World, their newest, was released in June 2019.

The Expendables feature guitarist and vocalist Geoff Weers, drummer and vocalist Adam Patterson, lead guitarist Raul Bianchi and bassist Ryan DeMars, they hail from Santa Cruz, California, where they grew up surfing, skating and playing “surf-rock,” a blend of reggae, punk rock and ’80s-style dueling guitar solos. The Expendables have seven studio albums, No Time To Worry, Open Container, Getting’ Filthy, The Expendables, Prove It, Sand In The Sky, and Moment EP. Their latest live album is Live From Hollywood, released in September 2020.