One of the most unique sounding bands on the entire music scene right now… of course there's only one group this could be and that is the talented, the one and only – The xx! This dreamy Pop/Rock trio have been all that everyone is talking about since their first debut and now, they are selling out shows, across the UK, Europe and now North America! Get ready to experience their sensational performance as they come LIVE to Red Rocks Amphitheater on Sunday 8th October 2017! Tickets are available right here, right now! 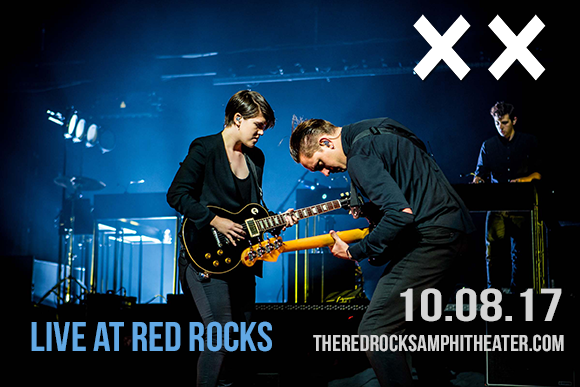 The xx are a groundbreaking British band, made up of three incredible musicians, the soft and sensual vocals and soothing guitar riffs from the two singers, Romy and Oliver and Jamie, often referred to as Jamie xx. As they smashed the charts back in 2009, everybody wanted a piece of them. They create a soundscape that is hard to describe, it's more like a feeling, their ability to emote a bitter-sweet, daydream – is a rarity in modern day music.

Catch them as they embark on their North American tour, as anyone who has seen them in concert will tell you to go!
And as their success has proven, with Mercury Prize awards, NME number 1 spots… these guys are the one to watch!