Colorado's Red Rocks Amphitheatre is set to rock once again as it hosts Thomas Rhett on Friday 12th August 2022. The performance is part of his upcoming headlining tour and celebrating his sixth studio album, Where We Started. The country superstar begins his tour on 17th June from Gilford, PH, and the dates will run until September. He will be supported by the talented artists' Parker McCollum and Conner Smith. Parker McCollum is from Austin, Texas, and released his debut studio album The Limestone Kid in 2015. Conner Smith belongs from Nashville and is one of the best emerging artists who released his debut album at 20 years old. Catch this fantastic line-up as Thomas Rhett headlines the Red Rocks on 12th August. Get your tickets ASAP because they could be gone very soon! 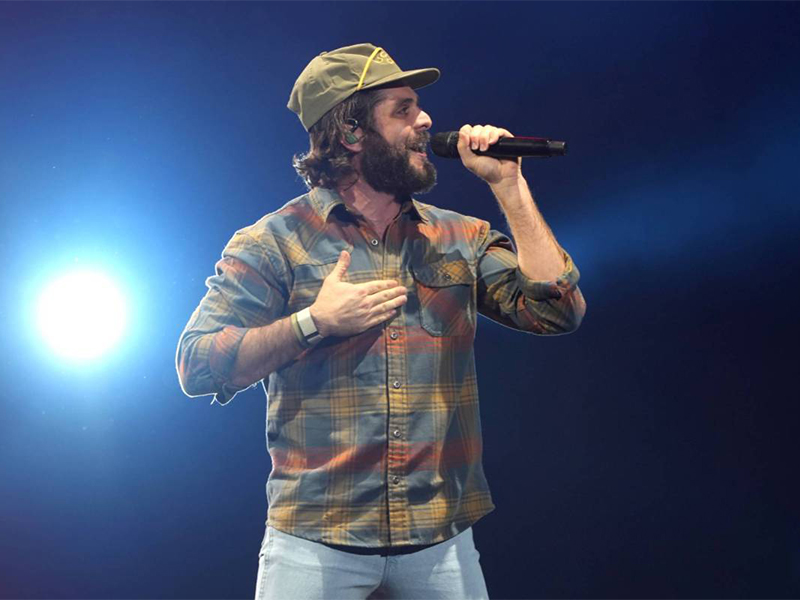 Thomas Rhett began his musical journey with considerable family inspiration as his father was also a songwriter who gained widespread success in the 1990s. Rhett is one of the premier artists of the current era, and he has climbed up the ranks quite quickly. He is not only famous in the U.S but he has also toured the U.K and made plenty of fans there as well. In March 2016, he performed at the Country 2 Country festival held in the U.K.
Thomas Rhett’s upcoming album, Where We Started, is hugely anticipated by his fans, and it is one of the things that the fans are waiting for anxiously. Fans can expect to hear some new tracks on the tour as the album has 15 tracks, with 14 written or co-written by Rhett himself. The album explores a bit of Rhett’s signature country tradition with his Shakespearean writing style while featuring superstars such as Katy Perry for the title track. There are also collaborations from Riley Green, Russell Dickerson, and Tyler Hubbard. If you want to enjoy an amazing night at the Red Rocks with Thomas Rhett and co, make sure you get your tickets this instant because they could be gone very soon!