If you're a fan of bluegrass music, then you'll love Trampled by Turtles. This band takes traditional bluegrass and folk influences and infuses them with a fresh, modern sound. The result is a truly unique and enjoyable experience that will have you hooked from the first note. A frenetic performance of their top-charting album "Alpenglow" is expected to rock the Red Rocks Amphitheatre on July 13. Get ready to jam to "It's So Hard to Hold On," "Central Hillside Blues," and more. Complementing the high-energy music, Amigo the Devil will support the concert, bringing his "Dark Folk" music ready to impress you. If you're looking for something different in your music, you need to check out Trampled by Turtles. This band is sure to please bluegrass fans and newcomers alike. 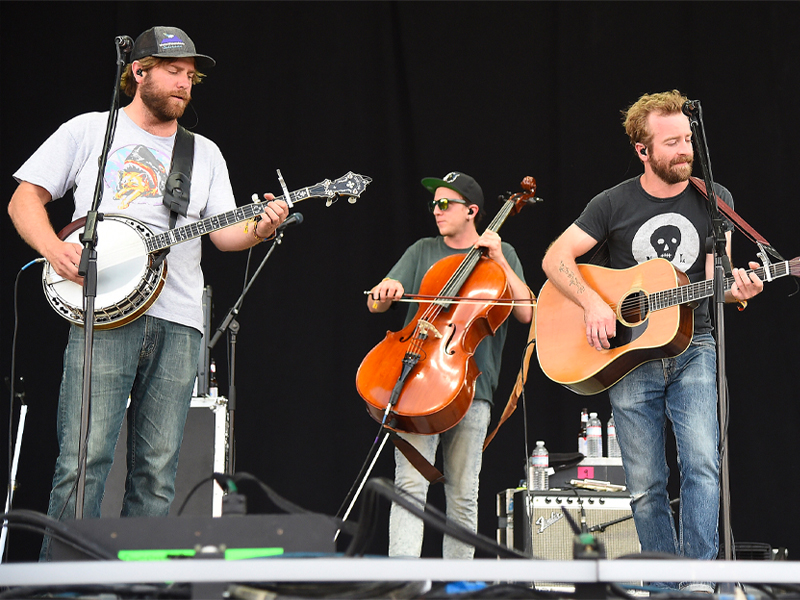 Trampled by Turtles is a folk band with music heavily influenced by the bluegrass genre. The band consists of vocalist/guitarist Dave Simonett, bassist Tim Saxhaug, banjo player Dave Carroll, mandolinist Erik Berry, and fiddler Ryan Young. Trampled by Turtles has gained a global appeal with their D.I.Y. aesthetic and inventive brand of roots music. They are a progressive bluegrass ensemble with a quick, frenzied sound that leans as heavily to rock & roll as folk and country.

Dave Simonett formed the group in 2003 as a sideline project. He had no background in bluegrass music but somehow got inspired by the high-energy music genre. In 2004, they released their debut album, "Songs from a Ghosttown." The album was distinguished for its contemporary sound in a genre with a long history. It showed how the band effectively bridged their distinction from their past in rock and their newfound acoustic interests. However, the bluegrass community was indifferent due to them being newbies to that particular scene. After this, the band released two more albums, "Blue Sky and the Devil" (2005) and "Trouble" (2007). When their fourth album, "Duluth," came out in 2008, the band finally gained the support of the bluegrass community, signaling their breakthrough to bluegrass stardom. After that, it was smooth sailing; the following albums, "Palomino" (2010) and "Stars and Satellites" (2012), peaked at the top of the Bluegrass charts. This occurred again with their ninth album, "Life Is Good on the Open Road" (2018), and their most recent album, "Alpenglow" (2022).

The members of Trampled by Turtles are all incredibly talented musicians who use their skills to create a sound that is both catchy and complex. The band's main vocalist, Dave Simonett, has a voice that is both powerful and emotive, and he uses it to great effect on the band's songs. The rest of the band is just as talented, and together they create a truly unique sound.

A spectacle of sight and sound is to be expected as Trampled by Turtles brings the frenzied fun at the Red Rocks Amphitheater in Morrisson, Colorado, on Thursday, July 13. Coming along is Amigo the Devil with his "Dark Folk" music, known for his 2018 album "Aftershock." Get your tickets now!