Well, holy cow dung, it’s a very limited edition concert by Trevor Hall with very special guest and good friend Cas Haley playing at Red Rocks Amphitheater on Friday, April 30th 2021. The Great Mothers have plans for you, and the only way you are going to find out what they are is by coming down to Red Rocks and plugging in with Trevor, as he takes you on a smooth spiritual tour of your soul, so grab your tickets now to an incredible spiritual awakening and an experience like none other. This is a limited capacity event, so only 2500 people will get tickets, reserve yours right now! 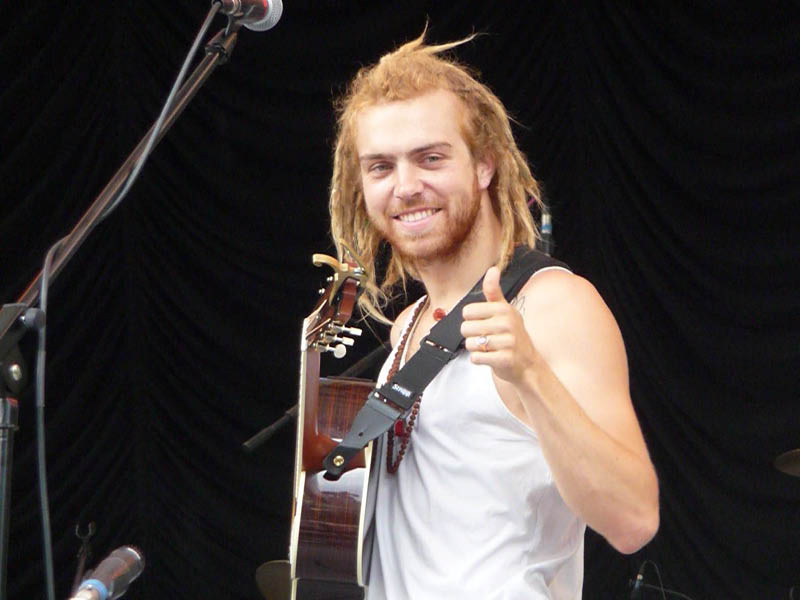 The Roots, Reggae, folk and Electronica musician Trevor Hall, from South Carolina. After spending some time at Kali Mandir he accepted Hindu Swami Bhajanananda Saraswati as his guru, deeply influencing his music with meditation practices, spirituality and a deep love of Eastern Mysticism, Trevor tries to treat his music as karma yoga, as he wants to create music that will help other people. He stated that one of the most important weekends of his life was when he went to a Hindu temple for a weekend while at Idyllwild. At the temple, he learned about the Hindu goddess Kali and was happily surprised to find out that people worship God as a woman. In And Through The Body, Trevor Hall’s ninth studio album, was released on September 25, 2020. In And Through The Body, is yet another of Hall's completely independent releases. It is described as his most mature sound yet, it touches on the timeless human themes of love, struggle, growth and redemption, utilizing a range of genres that span from folk, roots-rock, indie, and electronic, all with a consistent wash of authentic far-Eastern influence.

Benjamin Cas Haley is an American singer-songwriter. He and his reggae-inflected music first appeared on Season 2 of America's Got Talent in 2007, where he came in 2nd place.