Singer-songwriter Trevor Hall is coming to Red Rocks Amphitheater on Friday 29th April 2022 (Rescheduled from Friday 30th April 2021) to raise the vibrations with his conscious, feel-good music! Hall's shows are as much a spiritual journey as they are a party and they bring light and levity to big, universal themes and draw attention to what's going on in the world today. Joining him for this very special show will be two support acts: bluesy alt-rock singer-songwriter Citizen Cope and soulful sibling folk duo Rising Appalachia! 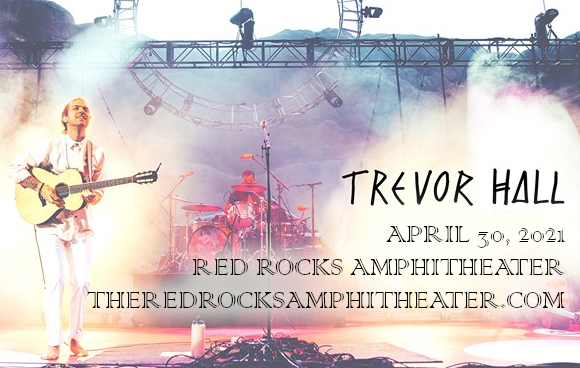 With his distinct blend of folk, roots and reggae music, American singer-songwriter Trevor Hall began his music career early, recording his first album when he was just 16 years old. Hall pursued his calling and moved from South Carolina to Los Angeles, where he studied at Idlewild Arts Academy where his life changed, both with his introduction to yoga, which influenced his music and forged his spiritual path, and with a record contract that he landed with Geffen Records. Chapter of the Forest (2014) and KALA (2015), two of his more recent albums, debuted at number three and number two on the iTunes singer/songwriter chart respectively and were supported by extensive tours around the US and Australia. His most recent release is 2018's The Fruitful Darkness.