There’s nothing better than seeing your favorite artist take to the live stage…. so if you love Twiddle, Pigeons Playing Ping Pong & Kitchen Dwellers then be sure to head on down for Thursday 2nd May 2019! No doubt this will be yet another unforgettable performance at Red Rocks Amphitheater! 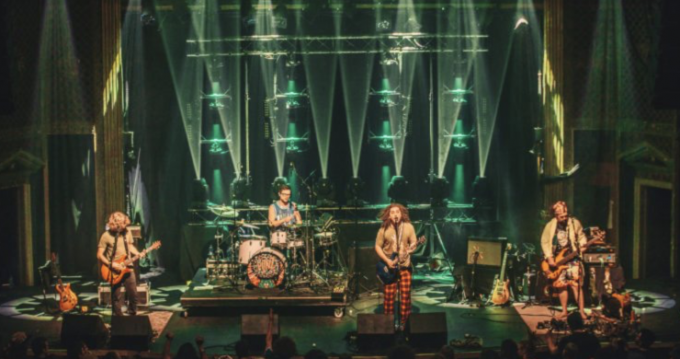 The American rockers Twiddle are known for their effortless yet professional jams that have everybody talking, their live shows brings it all together right before your eyes, with their blend of genre's across the board from rock, jazz, bluegrass, reggae and more they showcase all the best bits that you would expect to hear from a jam band. Forming all the way back in 2004, they crafted the group as long term college friends…

Twiddle are of course;

The all round guitar player has proven throughout Twiddle's career of his extreme capability and his outstanding crowd attention grabbing vocal ability. With his performances often include acoustic and electric guitar and the use of loops throughout. His sheer dedication to his instrument, practising every single day, definitely shows when watching these guys live in concert.

Ryan Dempsey- Keys, Organ, Synth, Vocals
Ryan is the king of funk in this band, bringing his keyboard and organ skills to the stage, paying tribute to all of the greatest legends that have influenced him in his career. His vast inspirations include the likes of Bernie Worrell, Herbie Hancock and John Medeski to name a few!

Brook Jordan- Drums, Percussion, Vocals
Adding the percussive element throughout Brook brings the added energy thats so important in Twiddle's sound. With his collection of beats and grooves he blows every crowd away.

Zdenek Gubb- Bass Vocals
Gubb brings the evolution for the band with his bass vocals adding the extra element to the band, "Scholars say he was raised in the wild with a family of Yetis, his feet never knowing shoes." He's taken influence from the likes of; Bootsy Collins, Bill Laswell, and Les Claypool.

"Just like Phish did in the late 1980s and early 1990s, Twiddle is touring ferociously, working the jam-band-friendly markets such as the Northeast, Colorado and Oregon, and consciously aiming for bigger rooms on each visit."

Come and catch them as they stop off at Red Rocks Amphitheater on their North American 2019 tour! Tickets available to book above today!