Are you ready to rock?! Are you ready for some Widespread Panic?! It’s going to be a madhouse here at Red Rocks, as this legendary band take to the stage one more time, get ready for some chaos as Widespread Panic comes to Red Rocks Amphitheater on Friday, June 25th 2021. You’ve all heard them before, and you know how popular they are, they have sold out gigs right here before, so you better book your tickets right now, if only to avoid some panic. Widespread Panic, the legendary jam band, live and loud, what an awesome Friday night this is going to be! 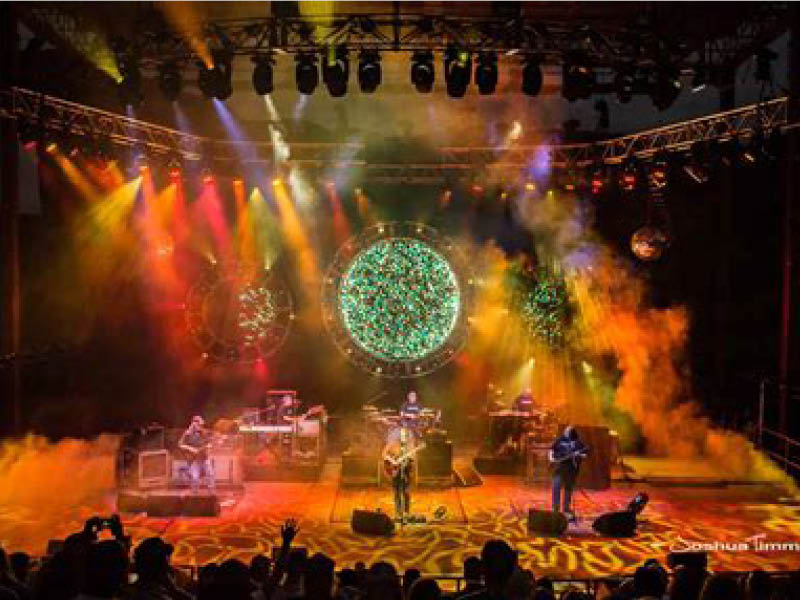 Widespread Panic is, Lead singer John Bell on the guitars, John “JoJo” Hermann on keyboards, Jimmy Herring strumming guitars, Domingo S. Ortiz on percussion, Dave Schools with the deep bass and finally drummer Duane Trucks, as a side note, everybody sings, except the drummer, has anybody ever heard a drummer sing? Panic is a Jam band, playing a widespread of genres, from Southern rock, blues-rock, progressive rock, funk to hard rock. The band have been held together since the late 80s, initially formed in Georgia, and have continued to grow to become one of the biggest touring bands around, Panic have headlined most of the major U.S. festivals including Bonnaroo (eight times), Lollapalooza, ACL Festival, LOCKN’, Outside Lands, Forecastle and many more, the band have broken attendance records across the country, including a staggering 60 consecutive sell-outs right here at legendary Red Rocks Amphitheatre. Over the past 30 years, Widespread Panic have released 12 studio albums, 8 live albums, 1 compilation album and 5 archive albums, selling a staggering, over 3 million albums and 4 million downloads. In 2008, they were inducted into the Georgia Music Hall of Fame.