Just announced, the first Red Rocks Show for 2021! Playing for you, live and loud is, Lotus! At Red Rocks Amphitheater on Thursday, April 22nd 2021. This last minute event has just been announced and these tickets are HOT! Be quick, or miss out on the very first live event for 2021. Lotus the eclectic, electric jam band, playing live right here in just a few days time, buy your tickets right now! Treat yourself to a new and unique experience and with a shifting musical style like theirs this is going to be a show not to be missed! 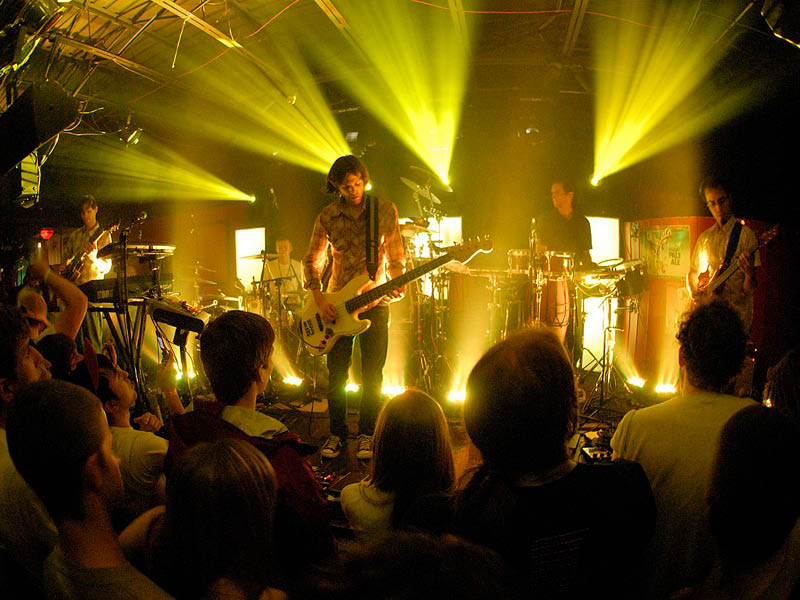 Lotus is an instrumental electronic jam band formed in Indiana in 1999. Their style is one that is ever increasingly difficult to pin down, initially the band started playing electronic jazz, dubbed jamtronica, but have slowly shifted their style from organic electronica and jazz/funk fusion to electro-pop, indie rock, hip-hop and dubstep, and lately they have begun to fuse elements of progressive and post rock into their sound. Still maintaining their Jam band roots, means that every show is going to be a new and unique experience and with a shifting musical style like theirs this is going to be a show not to be missed!
Approaching two decades together, Lotus has toured extensively throughout the US, working their way up from shabby basement clubs to world-class venues such as Red Rocks. They've become festival favorites, playing everything from Bonnaroo, Camp Bisco and Outside Lands to Ultra Music Festival and Electric Forest, building a hyper-loyal following along the way. Each Lotus live show is a unique encounter, exclusively fashioned, and a spontaneous set list taking everyone, the crowd and band, on a wild musical journey. Buy your tickets now for Red Rocks Amphitheater on Thursday, April 22nd 2021.