The last and final night of Lotus at Red Rocks Amphitheater on Sunday, April 25th 2021 now available! These last-minute tickets are super-HOT so buy yours right now! Lotus the electronica jam band, are proud to open up Red Rocks for their first live gig of 2021, and this final night of four is specially added just for the fans so that everybody gets a chance to see them live! Also, Lotus just announced their brand-new EP, Citrus, available on the 6th of April making this an especially special run of gigs as it’s the first time anybody will get to hear their new music live! 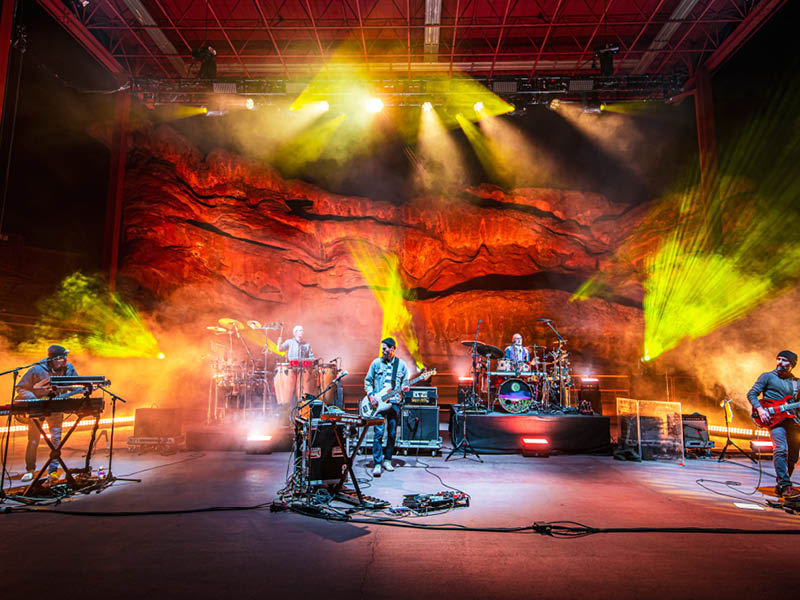 Lotus, the electronica jam band form Denver, are Mike Rempel on guitar, Jesse Miller on bass and sampler, Mike Greenfield on drums, Luke Miller on guitar and keyboards and Chuck Morris playing percussion. They are a multi-genre jam band playing electronic jam music fused with elements from classic jazz, pop, hip hop, funk, post-rock and dance-rock. Heavily influenced by the band's love for dance music and artists like The Orb, Aphex Twin, Kraftwerk, Talking Heads, Brian Eno, and Air the band's style has gravitated toward elements of the electronic genre while maintaining the foundation of jamrock. So, grab your tickets now for an insane musical adventure, in classic jam style, every night is different, new staging, new lighting and definitely a new set-list!
Their brand-new EP, Citrus, released on April 6th 2021 and has definite new hints at elements of progressive and post rock, with some soothing synth waves. Jesse Miller, of Lotus said about their new EP, Citrus; “Citrus is the chill-out session to the Free Swim pool party. The music is more downtempo, drawing from 70s space-funk, rock and West African music. We've never played these songs live before, but I think they will feel like old favorites."