American Spirituality singer Trevor Hall comes to Red Rocks Amphitheater on Thursday, April 29th 2021. The reggae, folk singer is performing two limited capacity nights here at the infamous Red Rocks with his dear brother Cas Haley, what better setting could you ask for to just relax and feel the music explore your soul. Grab your tickets right here, and you get to hear the brand-new album. Trevor Hall’s new album, In And Through The Body, is out now so come along to Red Rocks Amphitheater and find your inner peace. 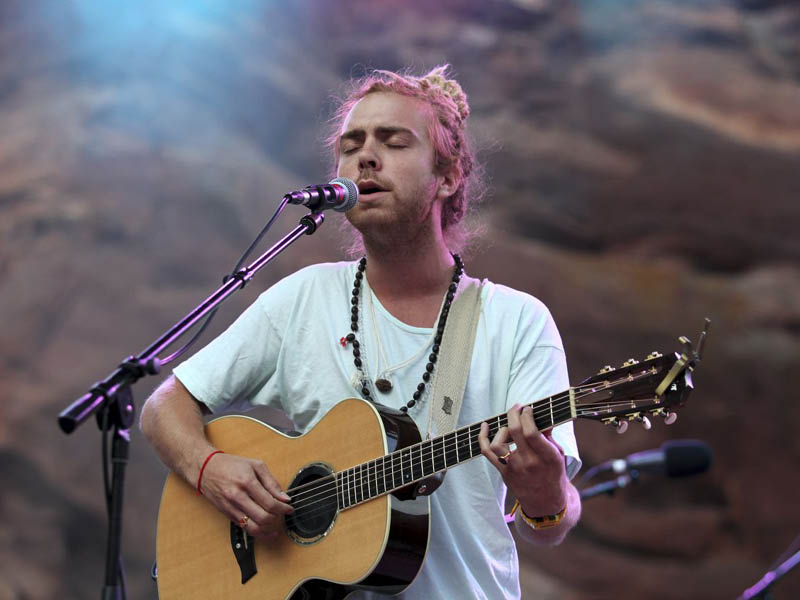 Trevor Hall is from South Carolina, his music is deeply influenced by meditation practices and spirituality, during his time at Kali Mandir he accepted Hindu Swami Bhajanananda Saraswati as his guru and tries to treat his music as karma yoga, as he wants to create music that will help other people. Hall’s music is a blend of roots, reggae and folk music with light touches of electronic elements, and is infused with a deep love of Eastern Mysticism. Talking about coming back “well holy cow dung … I never thought that our first show back from the pandemic would be at red rocks and I definitely didn’t think we’d play again until 2022, but it looks like the Great Mother has other plans. We are humbled to announce that this April 29th and 30th we will be at one of our favorite venues on earth Red Rocks Park and Amphitheater with our dear brother Cas Haley playing for a limited capacity of 2500 people each night. I got all the feels … excited, nervous, kinda in shock, and all around just geeking out!!!”

In And Through The Body, Trevor Hall’s ninth studio album, was released on September 25, 2020. In And Through The Body is yet another of Hall's completely independent releases. It is described as his most mature sound yet, it touches on the timeless human themes of love, struggle, growth and redemption, utilizing a range of genres that span from folk, roots-rock, indie, and electronic, all with a consistent wash of authentic far-Eastern influence.